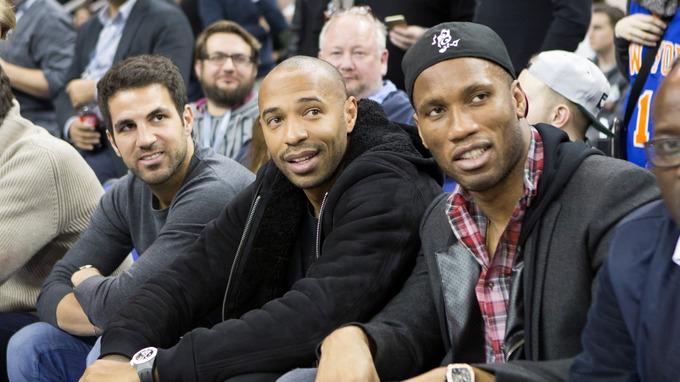 Former Chelsea and Barcelona midfielder Cesc Fabregas has snubbed both Didier Drogba and Dennis Bergkamp after he named his combined XI for the London duo of Arsenal and Chelsea. He was asked to name a combined XI for the two Premier League giants by BT Sports.

Fabregas started life in the Premier League as a teenager at Arsenal in 2003 and he went on to spend eight years at the club before leaving for Barcelona. The Spanish international was the Arsenal skipper when he left the Gunners for boyhood club Barcelona in 2011. The AS Monaco player spent three years at the Nou Camp before returning to play for Chelsea in the Premier League in 2014. Fabregas was with the Blues until January 2019 when he left the club to sign for Monaco in the French top flight.

Spanish midfielder went for Belgian national team shot stopper Thibaut Courtois as his goalkeeper ahead of Jens Lehmann who was the Arsenal goalkeeper when the Gunners won the Premier League title without a single defeat in the 2003/04 campaign. The German was an important member of that Arsenal Invincibles.

Fabregas then opted for Gael Clichy whom he played with at Arsenal as his left-back and veteran West Brom player BranislavIvanovic as his right-back. He picked the England national team duo of Sol Campbell and John Terry as his centre backs.

The Monaco playmaker opted for a midfield trio of Patrick Vieira, Eden Hazard and AleksandrHleb, while he also picked three players in attack. His attack didn’t include icons like Dennis Bergkamp and Didier Drogba.

Fabregas snubbed both Dennis Bergkamp and Didier Drogba in favour of the trio of Thierry Henry, Diego Costa and Dutchman Robin Van Persie.