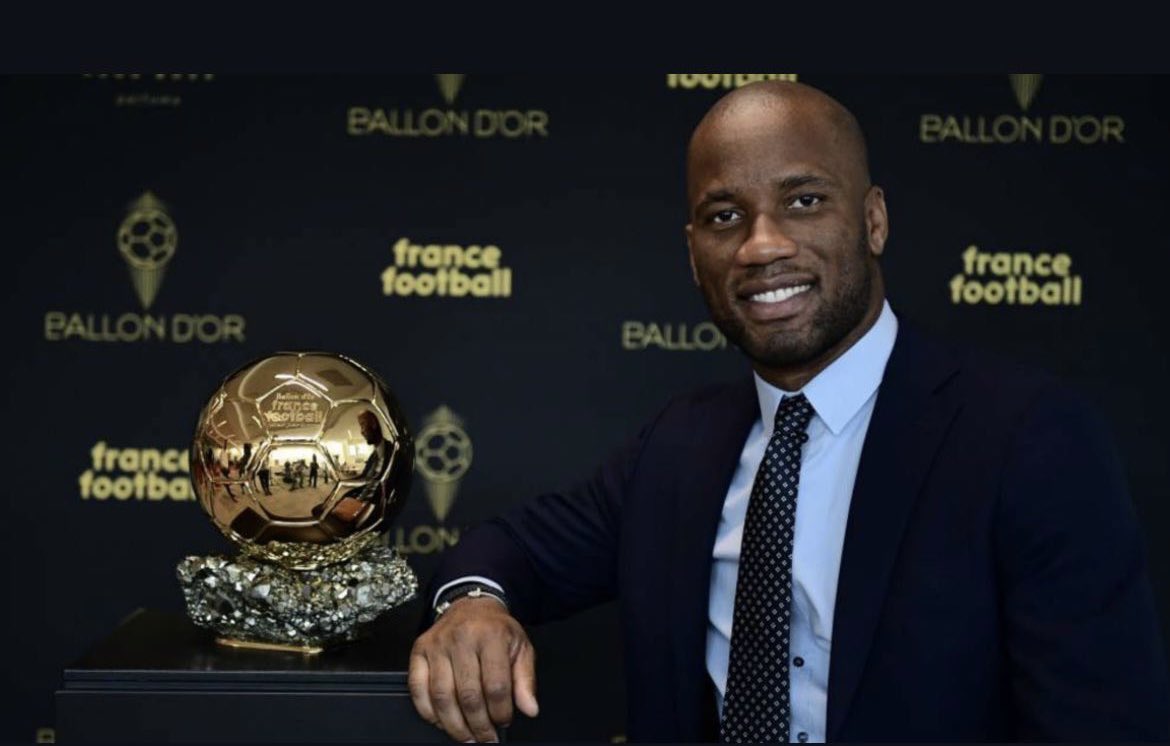 The duo of Drogba and Heribert had played hosts for the 2019 edition and they were retained for this year’s edition.

The biggest award of the night was undoubtedly the Ballon d’Or Award given to Paris Saint Germain (PSG) superstar Lionel Messi for the seventh time in his career, which is a record. Messi won the award ahead of Bayern Munich hitman Robert Lewandowski and Chelsea midfielder Jorginho.

Argentine national team skipper Messi won the award with 613 points, while Lewandowski had 580 points. On his part, Chelsea star Jorginho finished on the podium with 460 points.

Didier Drogba was delighted when his beloved Chelsea were given the Club of the Year Award, which is one of the two new awards alongside the Striker of the Year. Lewandowski was named the Striker of the Year after he scored 41 Bundesliga goals last season to break the long-standing record of Gerd Muller which had been in existence for over five decades.It’s not surprising that Chelsea bagged the Club of the Year Award as they won the Champions League title for men last seasonand also reached the final of the women’s competition before they were beaten by Barcelona.

For the Ballon d’Or Feminin, Barcelona attacking midfielder Alexis Putellas saw off competition from club teammate Jennifer Hermoso to win the award, while Chelsea striker Samantha Kerr finished on the podium. Barcelona midfielder Pedri was named the Kopa Trophy recipient at the ceremony.