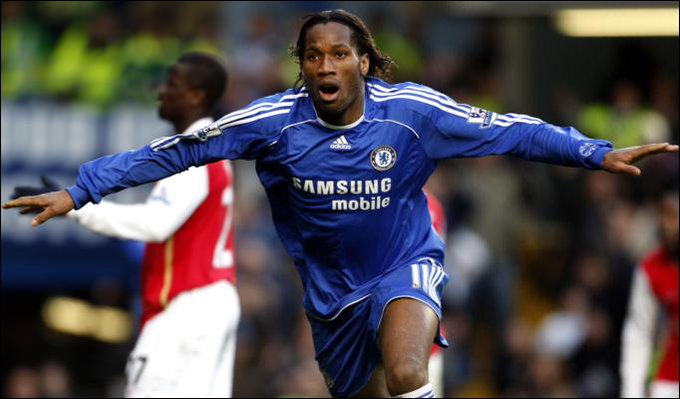 Yakubu said that Didier Drogba was something special when the Ivorian football iconwas in the Premier League as hewas scoring for fun.

Drogba was the leading goalscorer amongst African players in the Premier League before he lost the title to Liverpool attacker Salah. The Ivorian football legend scored 104 goals in two separate spellsat Chelsea and Egyptian international Salah moved level with him when he scored one of the goals in the 5-0 thumping of hosts Watford.

Salah scored the best goal of the game against Watford to draw level withDrogba on 104 goals. The Liverpool attacker weaved his magic to leave several Watford players in his wake before unleashing a left-footed finish to leave Ben Foster in the Watford goal with no chance. Brazilian international Roberto Firmino was the star of the Watford game after he scored three goals. Apart from Salah and Firmino, Senegalese international Sadio Mane also scored during the game.

Salah drew level with Drogba on 104 goals during the Watford game and then moved ahead of the Chelsea legend in the next game at the home of arch rivals Liverpool. The Egyptian attacker moved three goals clear of Drogba after he became the first player to score three goals at Manchester United in the Premier League era to lead his team to an emphatic 5-0 win over 10-man United. Apart from Salah, Diogo Jota and Guineannational team player Naby Keita were also on the scoresheet, while Pogba was sent off for the hosts in the second half despite being an half-time substitute.