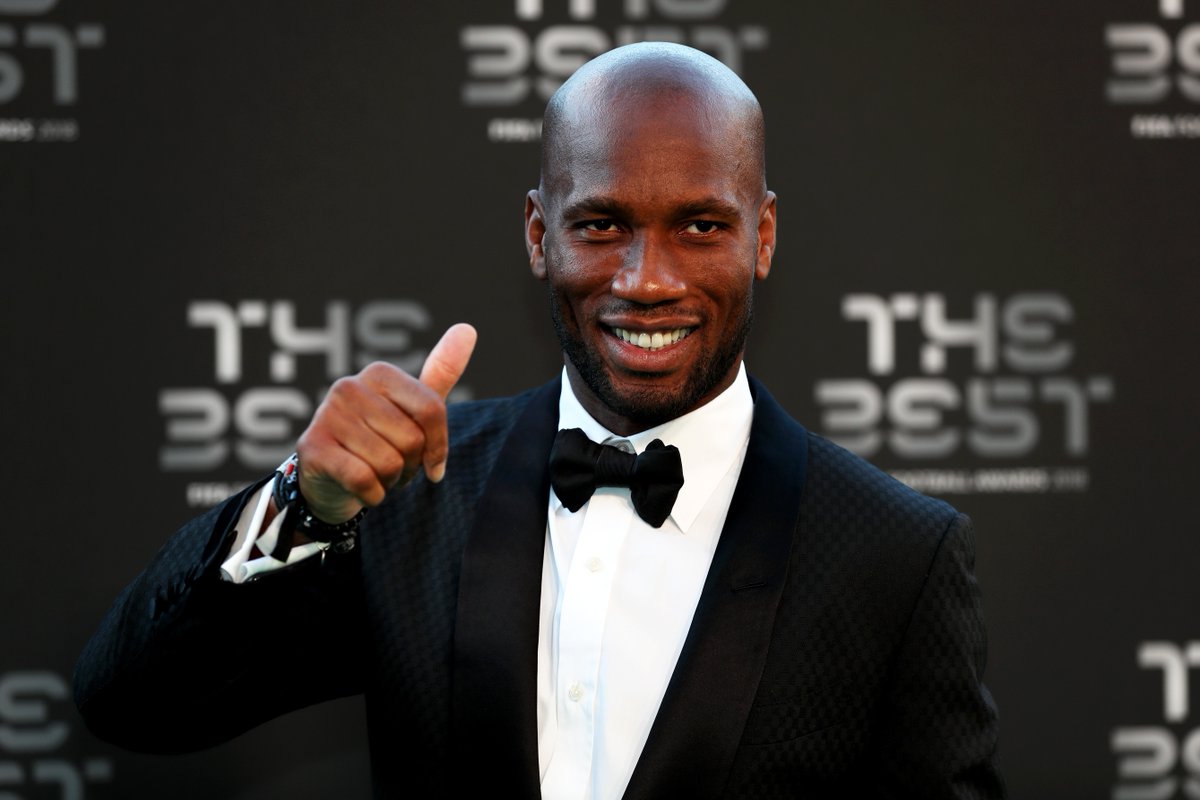 African football icon Didier Drogbais one of the richest amongst past and present footballers on the continent. His net worth is still high despite his retirement from football two years ago. According to celebritynetworth.com, Didier Drogba has a net worth of $90m. It was also revealed that the ex-Ivorian national team striker once received an annual salary of $15m.

Didier Drogba was born in Ivory Coast over 42 years ago but he lived most of his early life in France. The Blues legend was a late bloomer as he didn’t start his professional football career until he was 21. His professional debut was at French club Le Mans.He left Le Mans forthen top flight team Guingampfor just £80,000 in 2001 and that was where he began to deliver goals consistently in his second season especially. Didier Drogba scored 17 goals in 34 gamesin his second campaign as a Guingamp player and that earned him a big move to Olympique Marseille in 2003. Marseille paid £3.3m to sign the powerful striker. His lone season at Marseille produced 19 goals before then Chelsea boss Jose Mourinho who convinced the club to splash £24m on him. Didier Drogba became a cult hero at Stamford Bridge and his legendary status was sealed when he helped the club to end their wait for a Champions League title.

Chelsea owner had the wish of winning the Champions League title when he bought the club in 2003 and it took almost ten years before Didier Drogba delivered that target at the end of the 2011/12 season. With Chelsea facing a bleak end to their campaign, Drogba delivered when it mattered most. The Blues were trailing 1-0 in the final moments of the 2012 Champions League final with Bayern Munich who were hosting the game at the Allianz Arena. Bayern Munich attacker Thomas Mueller had scored a late goal.

Didier Drogba produced a bullet header in the final minutes of the game to force extra time. In the end, Chelsea won the title by beating the Bavarian giants on penalties with Drogba netting the winning penalty during shootout.