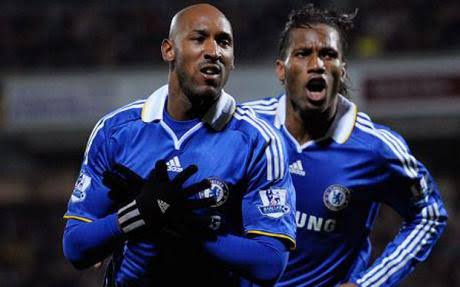 Didier Drogba might not have attained legendary status at European champions after the Ivorian revealed that he almost turned down Chelsea when they wanted to sign him in the summer of 2014. Didier Drogba talked about his move to Chelsea in a chat with the English FA ahead of the international friendly meeting between England and Ivory Coast at the Wembley Stadium last month. The Three Lions were able to record an emphatic victory over the Ivorians thanks to the goals from Ollie Watkins (Aston Villa), Raheem Sterling (Manchester City) and Tyrone Mings (Aston Villa).

Ivorian football icon Didier Drogba said he wanted to turn down a transfer to Chelsea while he was at French side Marseille eight years ago and that he felt he was not ready to leave his team at the time. According to him, he was emotionally tied to Marseille and that he had unfinished business at the club.

Didier Drogbaspent eight hugely successful years at Chelsea in his first spell at the club before leaving on a free transfer in 2012 shortly after leading the West London giants to the first Champions League title in their history. His greatest moment as a Chelsea player was when he scored the equaliser for the Blues two minutes from time to force extra time and penalties. His bullet header cancelled out the opening goal from Bayern Munich star Thomas Mueller five minutes earlier as Chelsea and Bayern settled for a 1-1 draw. Drogba then scored the winning spot kick during the dreaded penalty shootout to hand Chelsea their first Champions League title via a 3-2 penalty win.

Chelsea legend Drogba returned to Stamford Bridge for his second spell at the club in 2014 and he was part of the team that won the Premier League title under Jose Mourinho.