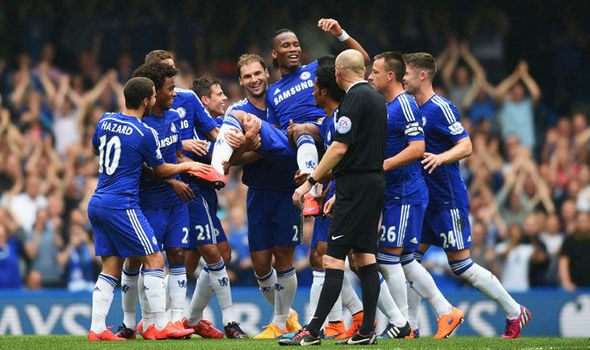 Former Sheffield United manager Neil Warnock has said that the club missed out on the chance to sign Chelsea legend Didier Drogba for just £100,000. Warnock made this known while he was on British radio Talksport. According to him, Didier Drogba was recommended to him by one his former players, Laurent D’Jaffo.

Didier Drogba was recommended to Warnock by D’Jaffo during his time as the Sheffield United manager. D’Jaffo had moved to scouting after the end of his playing career. He had spotted Drogba in the colours of Le Mans in the French second division thereby recommending the Ivorian to Warnock as a possible signing.

Warnock while narrating how he was contacted by D’Jaffo said that he ranged him on the phone to say that he has seen a player for him at £100,000. In his response, Warnock said it’s a lot for a second division player and that he can pay that much for Drogba. The Ivorian striker would go on to wreck havoc on opposition teams for over almost a decade while he was a Chelsea player. Warnock said he can’t have a bigger loss as a manager than missing out on signing Didier Drogba.

Didier Drogba played for Le Mans, Guingamp and Marseille in the French league before West London team Chelsea paid £24m to sign him from Marseille in the summer of 2004. After a slow start at Stamford Bridge, Drogba went on to establish himself as the first-choice striker at the club before he attained legendary status by playing a starring role in their first Champions League triumph at the end of the 2011/12 season. He scored the equaliser against Bayern Munich in the final to take the game into extra time and then scored the winning penalty as Chelsea won on penalties to lift the Champions League trophy for the first time in their history.