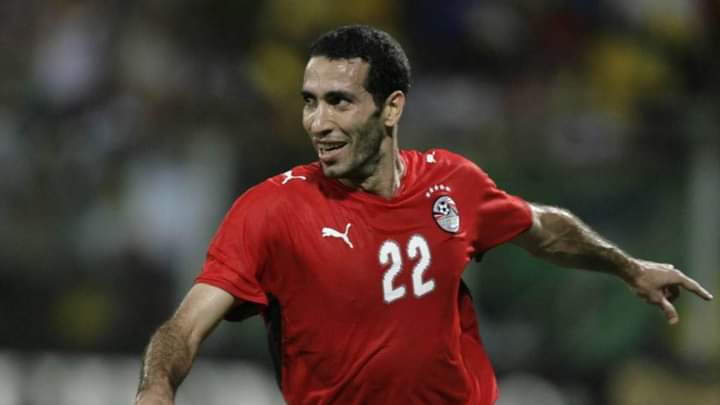 The Ivorian scored the equaliser for Chelsea in the 2012 Champions League final after Thomas Mueller gave Bayern Munich the lead in the final ten minutes of the game. Drogba went on to score the winning penalty to hand Chelsea the trophy. Chelsea fans won’t forget in a hurry how their team was able to beat Spanish giants Barcelona in the semi-finals before seeing off Bayern Munich in the final.


Mohamed Aboutrika is a football icon in Egypt and on the African continent. He played his football at Al Ahly with distinction and was named the 2008 BBC African Player of the Year as reward for his sensational form throughout that year.

During his time with Al Ahly, Mohamed Aboutrika won 23 titles for the club. He has two African Cup of Nations (AFCON) titles. The player won the AFCON trophy with the Egyptian national team for the first time at the 2006 edition before the second trophy came at the end of the 2008 edition. He was named in the CAF Team of the Tournament for the two editions. Aboutrika also won the African Inter-Club Player of the Year four times in addition to winning the most popular footballer in the world on two occasions. The Egyptian football legend controversially came second behind Emmanuel SheyiAdebayorfor the 2009 African Player of the Year.