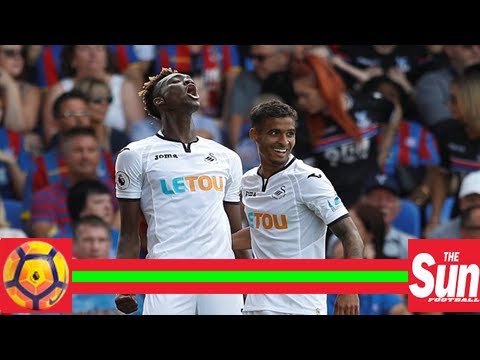 The on-loan Blues striker has previously spoken about how Drogba was an inspiration to him in his formative years, and the Ivorian was quick to hail the youngster after he opened his account in the same ground – where he did back in August 2004.

“Great to see you opening ur account in a stadium where I scored my first @ChelseaFC @premierleague goal @tammyabraham,” Drogba tweeted.

Abraham showed strength and composure in the Swans’ frontline as he opened the scoring prior to halftime at Selhurst Park. The goal was Abraham’s second of the season after he found the scoresheet in midweek in the 4-1 Carabao Cup win at MK Dons.

The Blues graduate was criticised for his lack of effort in front of goal in the opening two games, but manager Paul Clement expects more from the striker in the coming games after he got off the mark in the Premier League, he said: “At this level there’s a lot of scrutiny when a striker doesn’t score for two games,” Paul Clement told reporters with regards to Abraham’s failure in the opening two league games. “But he’s new to the level and the fact he’s now off the mark in the Premier League is good for him.”

Swansea City have made a decent start to the new season with four points from three matches, but they still have a void to cover up following Gylfi Sigurdsson’s move to Everton earlier this month. The Icelandic footballer had contributed nearly 50 percent of the Swans’ goals and assists last term, and the club will hope that Abraham reduces some of the burden by scoring goals on a regular basis.