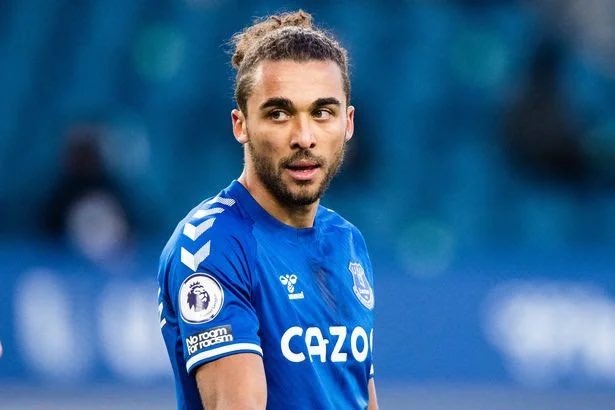 Arsenal have reportedly been linked with a move for Everton striker Dominic Calvert-Lewin during this summer’s transfer window. According to the Daily Telegraph, the Gunners are interested in England international Calvert-Lewin who has been likened to Chelsea legend Didier Drogba.


England international Calvert-Lewin took his game to a new level in the last two seasons under Ancelotti at Everton. He became a key player for the Toffees under the Italian tactician for the first time since his transfer from Sheffield United. Everton signed Calvert-Lewin from the Blades in a £1.5m deal in 2016.

Calvert-Lewin scored 21 goals in 39 games for Everton in all competitions last season including 16 goals in the Premier League as the Toffees finished the season in the top half. He has scored 29 goals in the Premier League over the last two seasons. His form for Everton catapulted him into the England team. Calvert-Lewin made the 26-man England squad for the Euro 2020 tournament.

Everton fans would be hoping that the club retains the services of Calvert-Lewin amidst the reported interest from Arsenal and Manchester United. North London giants Arsenal have doubts over the futures of strikers Alexandre Lacazette and Eddie Nketiah and Calvert-Lewin has been targeted though it would take more than £50m to prise him away from Goodison Park. For Manchester United, they have a quality striker in EdinsonCavani but age is not on his side and Calvert-Lewin has been targeted as a long-term replacement for former striker RomeluLukaku who left the club two years ago.