WILLIAN ON HIS WAY? TALKS CONFIRMED 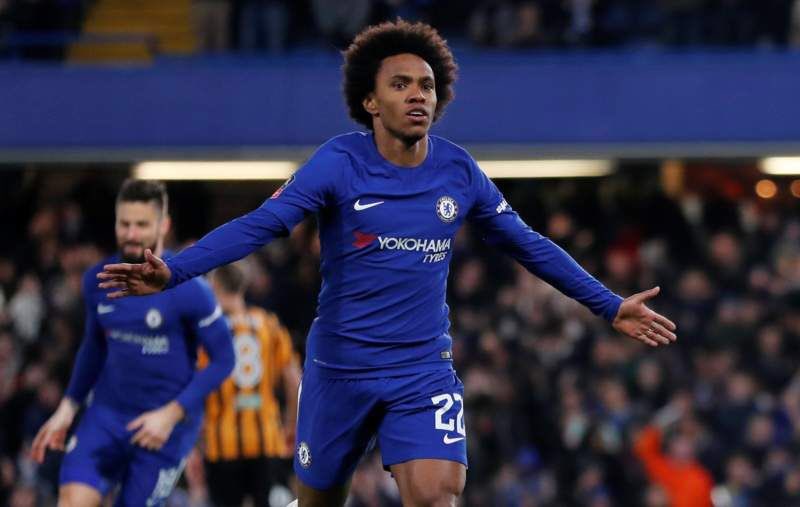 Reputed Italian journalist Fabrizio Romano has confirmed that Arsenal are in talks with the representative of Willian. The Brazilian winger has declined to sign a fresh deal with Chelsea beyond the current campaign and that has been primarily due to the fact that they have declined to meet his demands for a three-year deal.

As a result, he appears set to end his seven-year association with the club and he could move across London to the Gunners, who are willing to meet his contract demands. Fabrizio tweeted: “Willian has refused another bid from Chelsea to extend his contract until June 2022. Still no agreement. Arsenal are now in talks with his representatives to sign him as a free agent – no bids from Barcelona at the moment.”

Willian has been linked with the Gunners since the beginning of the year and reports have recently claimed that the player would prefer to stay in London next term. Both Tottenham and Arsenal have been credited with an interest but the latter are definitely leading the race, having initiated contact with his agent as early as February this year.

The 31-year-old has enjoyed his best season with the Blues this term with 11 goals and nine assist across all competitions. Overall, he has amassed 63 goals and 62 assists from 339 appearances for the west London side. He has been nursing an injury which has kept him out of action for the past few weeks and he may have played his final game for the club.

The Blues are scheduled to face Bayern Munich in the second leg of the Champions League round of 16 with a 3-0 deficit. They face an improbable task of overcoming the gap with the injuries and suspension to key players and they would require a miracle to turn the tie around.