The arrival of Guus Hiddink as the new head coach of Chelsea has given the Premier League club stability as the Dutch manager hasn’t lost any of the 4 league matches that he has played as the coach of Chelsea but things haven’t exactly been impressive either as they have had to settle with 3 draws from those 4 games. 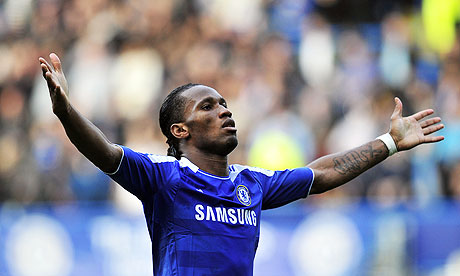 Questions have been surrounding the managerial position of Stamford Bridge as fans are interested to know in who will be taking charge of Chelsea when Guus Hiddink makes his way out of the Premier League club and Didier Drogba has turned into a realistic possibility. Fans can take advantage of a new Matchbook bonus code 2016 to put a bet on who they think it will be – Hiddink is currently the favourite to be offered the permanent role, but Drogba does feature, alongside Pep Guardiola and Jurgen Klopp!

Drogba is currently performing for the MLS side Montreal Impact and the African player has been doing superbly, he was even named as one of the 3 finalists for the 2015 MLS Newcomer of the Year Award.

The 37 year old player has already voiced his desire to take charge of Chelsea and he has taken up a managerial position in Stamford Bridge a few years ago when he became a manager-player back when Jose Mourinho was the head coach.   Drogba is believed to be interested in becoming the manager and taking into consideration that Chelsea is going through a phase of changing coaches in search of someone who can provide good results, there is a slight possibility that Drogba will get the chance to make a return.

The chance of seeing Drogba returning to Chelsea will depend on a number of different things but this isn’t such a far-fetched thing that can indeed happen and fans of the English club would be more than happy to see the iconic Ivorian back in Stamford Bridge.
Tags:ChelseaCoachingDrogba
Next Post
Previous Post